Henry VIII's Wives:
Beauty of the Land, We Live In a Beautiful Land 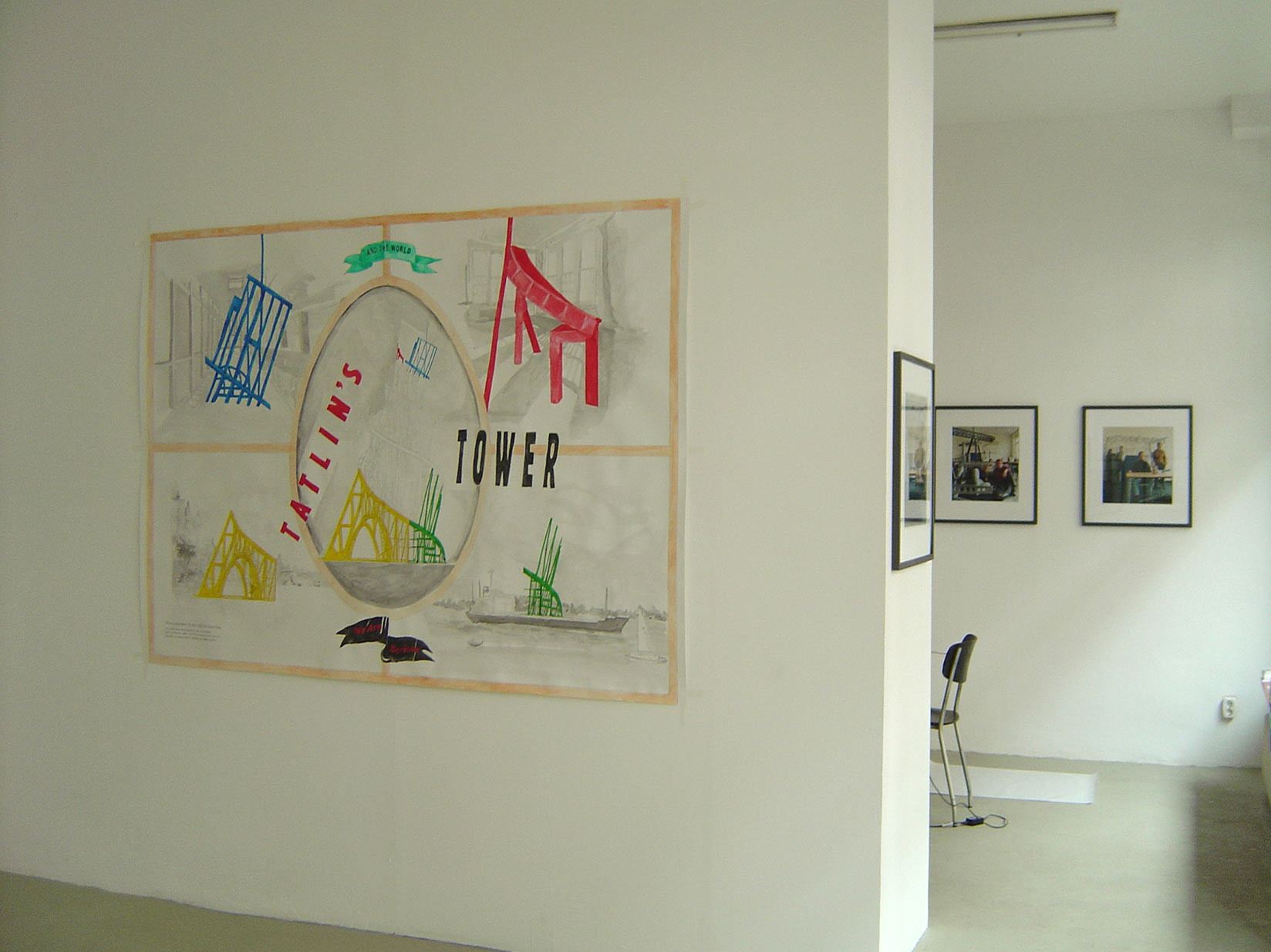 Romantic Detachment, 2004
2 screen film installation, colour, sound, 12 min. loop this video (in three parts) centres around two blind women in a meandering conversation about life experiences and morality - good and evil. Their words however are not their own. The 'good' side of the dialogue is taken from interviews with Community leaders and Church Representatives in northern england, the 'bad' is from Drug dealers and Prison Inmates of that same area. Overheard And evesdropped, transcribed and recorded, The dialogue is reassmbled by Henry VIIIs wives, and prompted to the two lay actresses. Spiral Betty was filmed in the offices of the DAAD Building, New York, against a backdrop of The Trump Tower and the United Nations. First shown in PS1 Gallery, NYC, as part of the exhibition 'Romantic Detachment', 2004 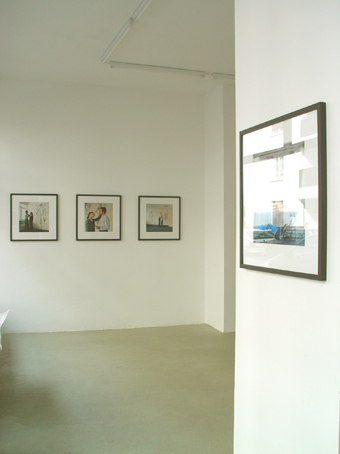 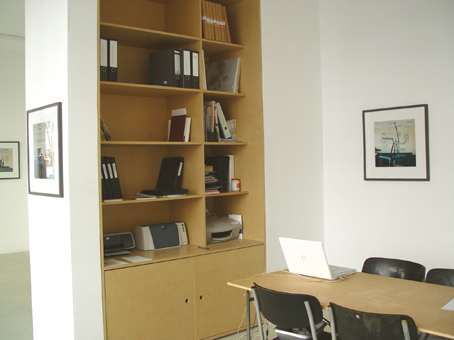 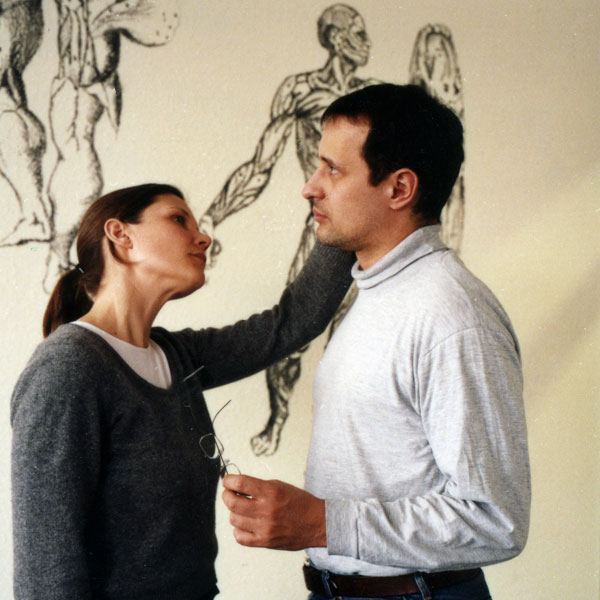 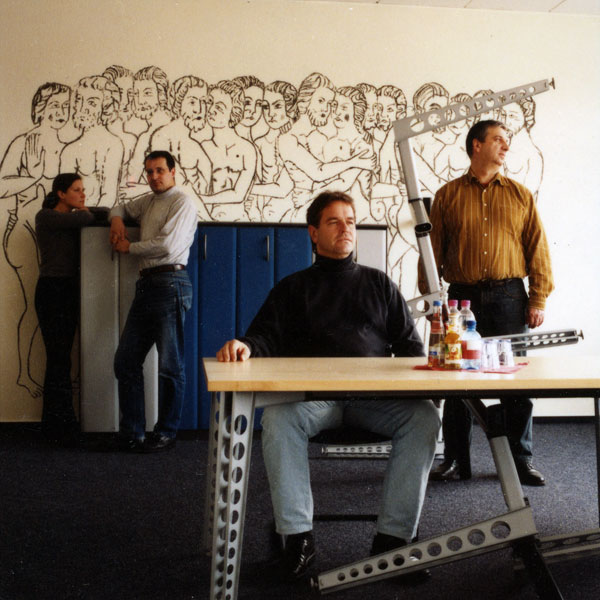 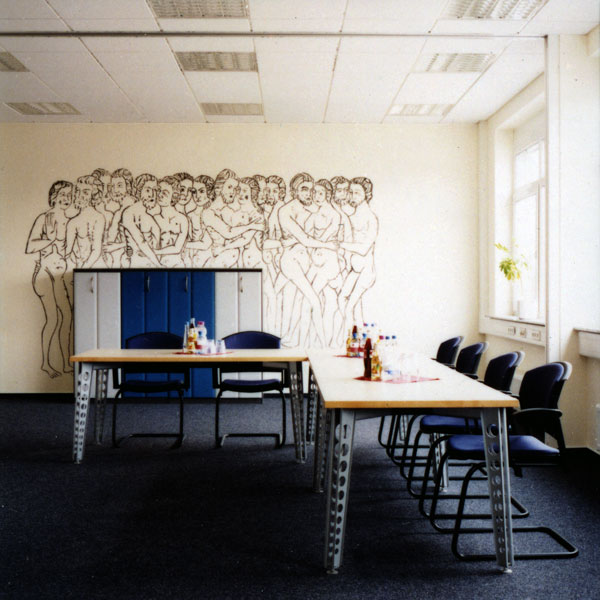 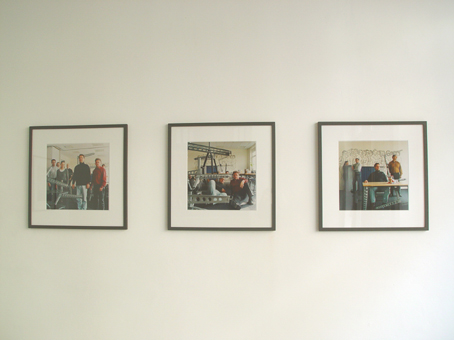 Another office, this time belonging to a local firm in Karlsruhe, provides the setting for a trilogy of photographs utilising the Company's executive staff. Their conference room was transformed by charcoal wall drawings. The chosen images are selected because they are a part of the doctrine of an earlier era, now discredieted in style or content. At one end of the room medevial anatomical diagrams (dissections often performed on the corpses of thieves and beggars) are drawn. Facing them on the opposite wall are a Bohemian Bible's depiction. Together these drawings upset the schematics of the office, the visual status quo of our times. Bridging these images is a meandering sculpture fashioned from the modular components of the office furniture stripped down and reassembed in the group's own personal aesthetic trajectory. 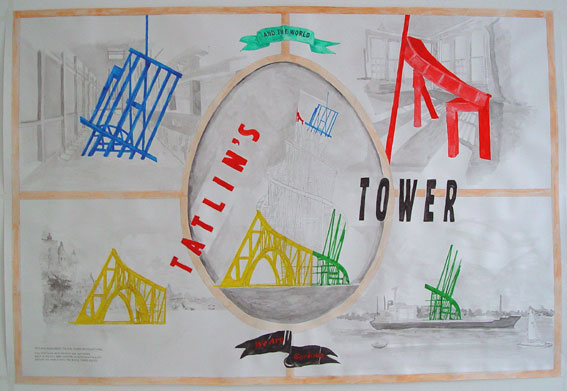 Tatlins Tower And The World, 2005
Drawing, Watercolour 150 x 228 cm This is a schematic drawing of the groups newest project - to build Tatlins monument to the Third international life size and to its intented specifications. The drawing, made by all members of henry vIII's wives, depicts separate sections of the tower in different possible contexts: art galleries, industrial shipyards, dissused institutions, country castles. The corresponding areas of the whole tower are blocked out we will not manufacture any parts twice. It is our goal to build the whole tower in small sections, by whatever means we can (state funding, corporate sponsorship, subculture) the size of the piece determined by whatever limits it time, money, space. The project is about the process of this production, and the desire to have the tower in the world. The first attempted actions in this process are a poster campaign on the london underground (march/april 2005) and the contruction of the first section in Frankfurter Kunstverien in April 2005. To follow the progress of this project or to help in its realisation, please visit www.h8w.net.